Presented here are 20 iPhone (and in most cases, iPad) apps that we, the Lifed staff, (“we” meaning, yeah, Android and Blackberry users, too) claim to be some of the coolest (in terms of useability, functionality, and the ‘dude check this out!’ factor) apps in the extremely vast iTunes App Store. Sure there’s a handful of other cheap-gas-finder apps out there, but after scrutinizing each for qualities such as ease of use and usefulness—SmartFuel is the One.

What makes it advantageous over the competition? Like the competition, SmartFuel (of course) helps you locate dirt cheap gas. Unlike them, however, SmartFuel will suggest fuel stations close to you and/or those on the path you’re already on; find one, then the app automatically fetches turn-by-turn directions. After all, how much sense does it really make to drive 10 miles off-route to save a nickel on gas?

SmartFuel has another nifty feature built-in: ratings of gas stations (by users) in terms of cleanliness, helpfulness of staff, and overall safety: All in descending order. If you haven’t heard of Google Earth yet, then it’s high time you came from under that rock.

Google Earth is a free app for iPhone/iPad users that boasts a plethora of insanely useful features, but the main attraction? Searching for and viewing virtually every road, street, residence, business, attraction, airport, lake, pond, hen house and outhouse. Love to cook, but don’t exactly have the mental database of a seasoned (pun definitely intended) chef? If so, Epicurious is the app you’ll want to check out. Suppose you’re at the supermarket and need ideas for either a quick meal or all-out festival: Input what you already have at home (or think you have), and Epicurious suggests several recipes and what you have to left to get for each. It also boasts whole catalogs of meal ideas and food items such as ‘weekend dinners’, ‘decadent desserts’, and ‘cool cocktails’. Surely you’ve heard, through the grapevine, by now of this application that ‘listens’ to tunes and identifies the track and artist? Well, there’s a ton of them out there, but SoundHound stands out amongst the crowd—especially in terms of accuracy.

Can’t name that song? There are a myriad of apps to help, but we think SoundHound is the best. Boot SoundHound up, let the ‘Hound listen to the track for a few seconds, and it’ll (fingers-crossed) return the track name, album, artist, and other useful info. The app’s good at picking up the beat even over ambient noise like a bar crowd or a casual conversation. Best part? It’s totally free. How did folks of yester-decades ever get by without Google, Google Maps and GPS units? Kinda boggles the mind–likely even more so to those dubbed the ‘Millennial generation’. AroundMe is like the very popular app Yelp; it’s also the first iPhone app to take advantage of Google’s location-knowing API. In addition, AroundMe continues its reign as one of the simplest and fastest apps for finding points of interest nearby, regardless of where you might be.

Like its closest competitor, Yelp, AroundMe can instantly inform you of nearby restaurants, bars, supermarkets, ATMS, theaters, convenience stores and a heck of a lot more.  And maybe AroundMe’s best attribute is its simple, clean layout and snappy speed.

The so-called Millennial generation has no idea how technology (that’s easily accessible and virtually free to boot!) has made life so much easier in many regards. Possibly even sadder—a lot of them will never even lay hand on an old-fashioned, paper map. A virtual money-manager, Mint tracks your income, spending and investments after you enter your financial data to the password-protected site. It will also alert you, if you choose, should your spending go over a preset budget or if your credit needs attention. The website was recently featured as one of the best in 2010, and its corresponding app makes for a robust financial planning tool and pocket-sized financial adviser. Thankfully the service is free, as is the app, so the download won’t push your budget further over the edge. Need a way to get your brain (and sanity) organized? Springpad for iPhone can help: This productivity app won’t let you forget anything again. Users can input virtually any type of information and instantly categorize it (quick notes, biz locations, barcode scans, recipes, checklists, contacts, photo reminders, tasks, and more). And all is always on your dashboard for easy access. Springpad also syncs with users’ web accounts to verify that everything’s all up-to-date. If you’re looking to upgrade your Google Reader experience, get PulseNews. This app lets you import feeds from Google and absorb ’em in a nifty, interactive mosaic. Once you’ve added web and news sources (can be anything from Car and Driver, to Saloon, to Gizmodo and many more), you simply swipe stories either horizontally or vertically. Three stories are visible at any given time, and after you’ve consumed a story it grays out—lest it become a used-up annoyance. All in all, it’s a refreshing way to get your daily fix on all things newsworthy or blog-worthy. Hulu Plus is a gift from Heaven for the cable-TV fanatic. For about $7 a month, iPhone or iPad (plus Roku) users can stream unlimited TV programs, create to-watch lists, and buy stream-able movies for pretty decent prices. Awesome for passing the time, Words With Friends is an addictive multi-player app that blurs the lines between Scrabble and crosswords. WWF works like this: two players (who can be randomly selected, invited by username…or just play the included robot-user) try to spell words either horizontally or vertically with a given set of lettered-tiles. Vowels are worth the fewest points, and sometimes-hard-to-place letters such as Z, Y, J, Q, and X boast the most. Boards also have spaces that are more worthy (point-wise) than the rest, including ‘double-letter’ (DL), triple-letter (TL), double-word (DW), and triple-word (TW). Players can also chat with each other via the little chat box in each of the up-to 20 simultaneous games. Groupon, similar to Living Social (that’s currently being virally paraded on cable TV), is an iPhone/iPad app that finds you deals—at up to a whopping 90% off—in “more than 500 cities around the world”. Groupon lets you purchase goods and services via its secure interface, view nearby bargains and instantly map them, and keep a record of all Groupons (e-coupons) bought by their name and location. For the shopaholic (or really anyone on a budget) in the family, this app is simply invaluable.

…that is, if you live within one of the many medium-to-large metros Groupon has deals in. Add spice to and have fun with the photos in your phone. Instagram is a fun, free way to edit and/or share your favorite photos via the iPhonePick program. In addition to customizable profiles and unlimited uploads (users can also snap shots directly from the app), it boasts a plethora of filters and borders not found anywhere else—Sutro, Toaster, Walden, ‘Hefe’, and Gotham to name a small few—as well as tilt-shift blurring. Instagram also enables users to share photos via Flickr, Twitter, Facebook, Foursquare, and other popular social-media sites.

According to Instagram, over 3 million users love it. Totally understandable. If ever there were a MUST-have social media app, the official Twitter app would, hands down, be the one.

With the Twitter app for iPhone or iPad/iPad 2, get instant updates from your friends, market experts, friended celebrities, and what’s going on around the globe. It feeds your phone short, effective, timely information. Color is a helluva groovy way to create a shared-photo or video album with friends, family, and total strangers using an iPhone or iPad device. With it, everything is automatically shared among the Color community and/or any specified group album. How’s about upwards of 3,000 audiobooks—available anytime and at a one-time cost of less than a couple of bucks? Enter the Kingdom of Audibly.

Audibly hosts, without a doubt, one of the hugest collections of audiobooks in the entire iPhone app empire. Through public domain rights, it makes some of the best, most celebrated books ever available (through narration) at a couple swipes of the finger. Users won’t find modern classics (e.g. Harry Potter, Lord of the Rings) here, but they will find a treasure trove of works from the likes of Benjamin Franklin, Victorian- and Shakespearean-era writers (including the Man himself), Marcus Aurelius, Freud, and Dale Carnegie. Users can make playlists and download, all while soaking in some timeless literature. Facebook has practically become an integral part of our lives, even if it is usually a time-waster and even if humankind could still thrive without it. With the Facebook app for iPhone, iPad, or iTouch, you get practically the same access and functionality as you do sitting in front of your widescreen monitor. Chat, message, add/delete/modify friends and settings, play games (Apps within an app…how’s that for efficiency?!), post statuses or media and just do whatever it is you do. For everyone that loves to reminisce about days past, or simply loves all retro things, Hipstamatic takes photos back decades, when they looked and felt unpredictably beautiful. Hipstamatic keeps the sensation of shooting retro-style, but gives you the functionality to swap lenses, flash settings, and even film types (remember that thing we used to call film?!) at the touch of a button. All of these features provide options for dozens, even hundreds, of different special effects. Plus:

• Hipstamatic supports Insta-sharing (I just now coined that phrase, yes) via Facebook, Twitter, Flickr, and the tight-knit Tumblr community.
• Hipstamatic hosts monthly competitions where you can win actual prizes
• Real (as in, hold-it-in-your-hands real!) analog prints can be ordered right from the app and shipped to you. Okay, okay—so the idea of ‘bumping phones to exchange info’ initially sounds a little contrived, right? Well, even if that’s the case, Bump’s functionality and innovation  is second-to-none. Find a user with Bump and bump your phone—gently, mind you—with his or hers and you’re set to message ‘Liked’ friends anywhere in the world. Among the things Bump lets you remotely share are: messages, other apps, contacts, music, images, event dates and more. Remote 2.0 is one of the niftier apps for your iPhone, iPad, or iTouch. Use it to remotely control your iTunes collection—whether it’s music or videos—on your MAC computer or Apple TV. Alternate between songs and tracks, even rewind, pause, and fast-forward them. Want to create a Genius playlist ? Cool—create as many of ’em as you want with the Remote. Also view artists’ album art while taking in groovy tunes.

What’s really neat? Remote 2.0 can automatically wake your MAC desktop or MacBook from Sleep to acquire all the media you desire. Remote is a must-have for Apple users who also happen to be audio/videophiles—which, practically accounts for all Mac folks. 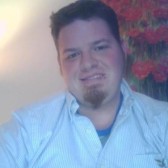