The idea of becoming a licensed aircraft pilot is a curiosity for many and a dream for others. We are fortunate to live in a country where nearly every town has at least one small airport and anybody can take flight lessons. Flying is not an inexpensive hobby, yet there is no other experience that comes close to the thrill of flight under your own control.

Here are eight reasons that you should pursue your pilot’s license:

1. An Incredible Sense Of Accomplishment

It takes a lot of hard work to earn your wings. Students begin with challenging flight lessons, and hours of study before being subjected to oral, written, and practical exams. Not everyone is cut out to be a pilot, but there are few achievements that are as satisfying as earning your wings.

2. Getting A Pilot’s License Has Never Been Easier

In recent years, the Federal Aviation Administration has created a new type of pilot certification called a Sport Pilot’s license. While still offering a challenge, flight students can earn this certificate in half the time and expense of a traditional Private Pilot’s license. Once earned, holders of a Sport Pilot’s license are limited to smaller aircraft that can seat only the pilot and a single passenger. Other limitations include speed and altitude restrictions and a prohibition against flying at night or in clouds. Nevertheless, Sport Pilots can enjoy spectacular flights in clear weather at speeds of up to 140 miles per hour.

Have you ever flown over the Grand Canyon or seen your house from the sky? When you have a pilot’s license, taking to the air becomes far more than just a means to reach your destination. In my travels, I have seen whales jumping out of the ocean, herds of elk running across a mountain range, and flown over several major cities just for the fun of it.

If you need to fly from New York to Los Angeles, you are better off traveling with the airlines. However, if you need to fly from Albany, New York to Pittsburgh, Pennsylvania, there is no other form of transportation that is as fast and convenient as a private aircraft as there are no non-stop commercial flights between those two cities. Traveling to one of the thousands of small airports that aren’t even served by the airlines is even more efficient than flying into a far away airport and driving the remaining distance.

5. Impress Your Friends And Family

While it is not recommended to become a pilot strictly to enhance your social stature, there is no denying the fact that people look up to pilots. Most people have never flown in a private aircraft, and they will recognize your achievement and be thrilled to join you in the skies.

6. Finally Use All Of Your High School Math And Science

It was never any fun to solve hypothetical problems about how far a car can drive at a given speed with a certain amount of fuel. Years later, I actually enjoyed the real world application of these skills when I had to calculate how far my aircraft would fly and how much fuel I would consume. The problems are no longer theoretical when you are about to add fuel before undertaking a cross country flight. Other dormant skills that pilots must use involve physics, weather, and geography.

7. Gain Critical Skills That Are Useful In Other Areas Of Life

The key factor in safe flying has always been the judgement of the pilot. Learning how to fly is as much about making critical decisions as it is about operating the controls. Over time, pilots realize they are able to apply this new way of thinking to other activities in their life.

8. The Pure Experience Of Flight

One can make all sorts of logical arguments about the benefits, convenience, and advantages of becoming a pilot. These facts are important, but you can’t overlook the intangible feeling you get when you are at the controls of the airplane. It is noisy, yet peaceful, serious, yet fun, and there are always new challenges and experiences. At the same time, there are numerous ways to convince yourself that flying is not for you. It is expensive, time consuming, and far more dangerous than staying at home and watching television. We only get one shot at living life to its fullest, and becoming a pilot is a necessary pursuit for all those who have ever dreamed of it.

The process of becoming a pilot begins with a call or a visit to your local airport. Most instructors will offer you your first lesson for free, leaving only the cost of the aircraft rental, which is typically less than $100 for your first flight. If you have ever thought of becoming a pilot, give flight lessons a try, you owe it to yourself. 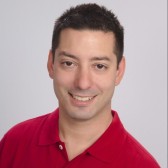