Many people find that their libido could use a little boost from time to time, while others may wish their partner was a bit more amorous or adventurous between the sheets. For these reasons, aphrodisiacs, or substances that increase sexual desire and promote sensual well-being, have been a subject of intense interest for thousands of years. Foods, medicines, scents, and even activities, like exercising or expressing your emotions, can act as aphrodisiacs. Check out this list of 10 aphrodisiacs to get you in the mood. You might also want to pass along this knowledge to your special someone!

Yohimbe is an aphrodisiac medicine made from the bark of the African Yohimbe tree. It can be purchased as an over-the-counter supplement as well as in prescription form. Numerous studies indicate Yohimbe drug can aid in sexual function, both in cases of erectile dysfunction (ED) and to improve sexual problems associated with taking certain antidepressants (selective-serotonin reuptake inhibitors, or SSRIs). According to MedlinePlus, yohimbe’s aphrodisiac effects result from its active ingredient, yohimbine, which increases nerve impulses and blood flow to the penis or vagina. However, yohimbe can be dangerous and even life threatening in high doses and, therefore, should only be used under the supervision of a medical professional.

Saffron is an aphrodisiac spice that comes from the flower of the saffron crocus plant. It is also sold as an herbal supplement. First tested on rats, saffron has been shown to increase sexual arousal and reduce erectile dysfunction. Follow-up human studies found these same effects, though it was also determined that saffron’s effect on ED is not as strong as that of Viagra. However, as saffron is not associated with any significant side effects in small doses, it may be a safer alternative to the popular ED drug. The active ingredient in saffron that gives it its aphrodisiac effects is called crocin. Crocin is also a potent antioxidant and the substance that gives saffron its characteristic golden color.

Zinc is an essential mineral that is important for good overall health. This mineral is also needed for good sexual health in men – in particular, for healthy erectile functioning and sperm production. It should come as no surprise, then, that several foods touted as aphrodisiacs have a high zinc content. These zinc-rich aphrodisiac foods include oysters, which were first documented as aphrodisiacs by the Romans in the second century A.D., and pine nuts, which have been used to increase sexual arousal and to make love potions since medieval times. Besides eating foods with zinc, you can also take zinc as a health supplement. It is important to note that zinc is toxic in high amounts, and that if you already get enough zinc in your diet, taking extra zinc will not improve your sexual functioning.

Chocolate’s reputation as an aphrodisiac can be traced all the way back to Aztec emperor Montezuma, who is rumored to have consumed 50 goblets of chocolate a day to enhance his sexual prowess. Today, we know from modern science that this indulgent treat contains some special compounds that might just put you in the mood. These include tryptophan, a building block of serotonin, a hormone that promotes feelings of well-being and relaxation; phenylethylamine, the same euphoric stimulant released by the brain when you fall in love; and anandamide, a substance that has the same blissful effect on the brain as marijuana. Although it hasn’t been proven that chocolate contains these substances in amounts substantial enough to strongly influence the libido, its proven mood-boosting effects might make you more receptive to a romp in between the sheets. Chocolate also has the added benefit of being one of the 10 Best Food Sources of Antioxidants. Tip: Choose dark chocolate over milk chocolate for a stronger effect.

Not all aphrodisiacs must be ingested orally. It has been demonstrated that certain scents, such as lavender, can stimulate sexual arousal. A study conducted by the Smell and Taste Treatment and Research Foundation in Chicago found that certain scents had sexually stimulating effects in human subjects, as measured by blood flow to the genitals. For men, the smells of pumpkin pie and lavender both increased blood flow to the penis by 40 percent. These scents were also associated with increased arousal in women. However, the most stimulating scent for women was a combination of black licorice and cucumber.

Before scouring the Internet for the perfect love potion, it’s important to determine whether there are any underlying medical causes for your low libido. In many cases, a sedentary lifestyle and resulting weight-related health conditions are to blame for a lack of desire. According to research published by the American Journal of Medicine in 2007, poor physical health and inactivity are strongly correlated with erectile dysfunction. This research found that over half of diabetics, 44 percent of subjects with high blood pressure, and over a quarter of subjects who watched television for three or more hours a day suffered from erectile dysfunction. Still not convinced that you should dust off your exercise bike? Exercise itself has also been proven to increase desire, in part, due to its immediate effect of raising testosterone levels. And as mentioned above, whether you consume enough micronutrients, such as zinc, plays a role in your sexual functioning as well. Above all, getting healthy with proper nutrition and regular exercise might be the most powerful aphrodisiac there is.

Sleep is another important component of a healthy lifestyle, and a lack of quality shut-eye has been associated with low libido. Therefore, if you are one of the world’s many sleep-deprived individuals, sleep itself might be a powerful aphrodisiac. A 2012 study by the National Sleep Foundation found that one in four married or cohabitating Americans say they are “too tired” for sex. Oftentimes, not being able to tear yourself away from your smartphone or work a at a reasonable hour may cause sleep deficiency, while many others attempt to get quality rest, but find themselves unable to fall or stay asleep. Professionals recommend practicing good sleep hygiene and creating a regular sleep schedule with your partner to get more sleep – and as a result, more sex. A prescribed or natural sleep aid may also help you get a better night’s sleep.

Besides a healthy body, a lively and fulfilling sex life also requires a healthy mind. If you are depressed or have psychological barriers to intimacy, you may not be able to get in the mood, no matter what kind of pill you pop. While it may not sound that sexy, psychoanalysis, a.k.a. “talk therapy,” has been proven highly effective in stimulating the libido when depression or other psychological issues are the root cause. According to the science and technology news website LiveScience, psychoanalysis is the most common treatment for low libido. If issues in your relationship are the root cause, you may want to consider couples therapy or other ideas for reinvigorating your relationship.

Don’t be shy to open up to your doctor, marriage counselor or a mental health professional about a lack of desire. You’re not alone: According to some statistics, 34 percent of women and 17 percent of men in America have experienced prolonged periods (over a year) of low libido. With proper treatment, be it psychological, physical or pharmaceutical, there is a good chance that you will eventually be able to get your groove back. And while the above aphrodisiac supplements can be taken safely by most people at recommended doses, it’s essential that you receive the go-ahead from a health care professional before taking any dietary supplement, especially if you have any health conditions or are taking other supplements or medications. 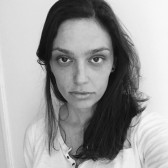